"I believe that there are two categories of ecuyers, those who, while skilled, use the horse as a tool, and those who love him and allow him to express the brilliance of which he is capable.

The former are not less expert than the latter. During dressage tests they may even triumph although never taking the risk of making a mistake when the opportunity to yield with the hand occurs and lightness presents itself. The latter always risk being the damned poets of this art. They are misunderstood by the masses of riders who cannot distinguish between the means used by the former or those of the latter.

Only the latter enjoy the true pleasure of feeling how a creature cooperates without constraint, as a friend."

"I had the wonderful chance to be an intern student for 8 weeks with Monty. It was a wonderful time. Monty‘s place just has a special air to it, all loving and calm treatment of the horses and ponies. Her equines are just great teachers. Each on a different level of training and with different characters. So all great teachers for any level the human student is at. I could try with one, practice a little with a more patient or giving one and go back to the first to check for improvement. Monty has a fantastic way to teach all students according to their needs. I got the chance not only be taught but watch her teach. So I could observe how different she could word and practice on actually a very similar topic just to fit it for each pair of horse and human. If you ever get the chance to go to Monty for studying, just do it. No matter where you are from it will be worthwhile."

Check Out The Blog

A Busy Year So Far

Inspiring The Next Teachers 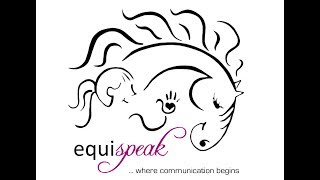